The triangle is an idiophonic musical instrument of the percussion family. It is a bar of metal, most usually steel in modern instruments, bent into a triangle shape. One of the angles is left open, with the ends of the bar not quite touching – this causes the instrument to be of indeterminate pitch. It is usually suspended from one of the other corners by a piece of thin wire or gut, leaving it free to vibrate. It is usually struck with a metal beater, giving a high-pitched, ringing tone. In folk music it is more often hooked over the hand so that one side can be damped by the fingers to vary the tone. The pitch can also be modulated slightly by varying the area struck and more subtle damping.

The exact origins of the instrument are unknown, but several paintings from the Middle Ages depict the instrument being played by angels, which has led to the belief that it played some part in church services at that time. Other paintings show it being used in folk bands. Some triangles have jingling rings along the lower side.

Although the instrument is nowadays generally in the form of an equilateral triangle, these early instruments were often isosceles triangles.

The triangle has been used in the western classical orchestra since around the middle of the 18th century. Wolfgang Amadeus Mozart, Joseph Haydn and Ludwig van Beethoven all used it, though sparingly, usually in imitation of Janissary bands. The first piece to make the triangle really prominent was Franz Liszt’s Piano Concerto No. 1, where it is used as a solo instrument in the second movement.

The triangle appears to require no specialist ability to play and is often used in jokes and one liners as an archetypal instrument that even an idiot can play. The Martin Short sketch comedy character Ed Grimley is the best-known example. However, triangle parts in classical music can be very demanding, and James Blades in the Grove Dictionary of Music and Musicians writes that “the triangle is by no means a simple instrument to play”. In the hands of an expert it can be a surprisingly subtle and expressive instrument.

Most difficulties in playing the triangle come from the complex rhythms which are sometimes written for it, although it can also be quite difficult to control the level of volume. Very quiet notes can be obtained by using a much lighter beater – knitting needles are sometimes used for the quietest notes. Composers sometimes call for a wooden beater to be used instead of a metal one, which gives a rather “duller” and quieter tone. 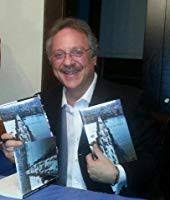 Jim Neglia is the author of “Onward and Upward” a volume which shares Jim’s rich and diverse experiences within the music industry. Jim has been a working percussionist as well as music contractor, personnel manager and music coordinator for more than 25 years, working closely with some of the best-known names in the industry. He recently accepted the position of Personnel Manager of the Jacksonville (FL) Symphony. Jim splits his time between Jacksonville and Hanover, New Jersey where he lives with his wife Alexandra, and sons Phillip and Daniel. For relaxation, Jim enjoys traveling, reading, writing and keeping his website up to date.