The Percussion Section – A Minor Miracle by Joseph Jones

I’m often asked if there are different personalities among musicians who play different instruments. It is an extremely difficult question to answer; after all, it is hard to stop laughing when one is laughing that hard! To explain this to someone who has spent little to no time around musicians, it may seem a bit bewildering. After all, a musician is a musician (is a musician), isn’t he? But naturally, we musicians know differently! Anyone who has witnessed an exchange between an oboist bemoaning her reed, only to be interrupted by a violinist complaining about bowings (or seating)…well, assuming they’re standing far enough away to avoid being caught up in the fray, answers should reveal themselves quite easily.

Yes, I’ve written it before: we musicians are a strange lot, with our own personalities, quirks, idiosyncrasies, insecurities and social hierarchy. Most can be explained quite simply: violinists are confident (except for the 2nd violinists, who are…well…let’s not go there.) Violists are the confused middle children of the orchestra. Double bass players are…there. Oboists are charmingly neurotic. Bassoonists are slightly less charming. Trumpet players are also confident–but a little more, ahem, expressive about it. So on and so forth. But percussionists…well, percussionists end up in their own special category. They are sort of the third base coaches of the orchestra world: nobody really notices them unless they screw up.

Percussion is a special case within the musical community. They are certainly easy targets: many of their instruments appear easy to play, even easy to master. After all, a number of their instruments (triangle, tambourine) are favorite playthings of the pre-kindergarten set, often employed as methods of torture and tests of patience for parents of young children and once-eager early childhood education students. And the timbre of the instruments may be recreated on any number of common household items, with kitchenware being especially popular.

As always, it is not that simple. Percussion, after all, may allow an exceptionally well educated, mature, well-adjusted adult to utter the following phrase without irony: “I lost a $140,000.00 per year job because my triangle playing was sub-par.” Yes. read that again: ”I lost a $140,000.00 per year job because my triangle playing was sub-par.” (Disclaimer: The author of this article has never personally uttered this phrase, though he admits that his triangle playing, while having its moments, is generally quite mediocre.) These instruments are hard. The great composers who wrote for them were unafraid to present a challenge. To be a percussionist requires much more than the ability to hit a drum or find the right keys on the xylophone! In fact, the only thing that should be struck by a percussionist is the word hit from his vocabulary. The percussionist must draw out the sound from the timpani; elicit crisp yet smooth notes from the snare; carefully extract myriad colors (at the right moment and in exactly the right manner) from the cymbals; the list goes on and on. The decisions, often made quickly and on the spur of the moment during rehearsal, are dizzying: which mallets to use? Which size and weight should the cymbals be? What size triangle–which beaters, too, and to hold or mount? Calf-heads or goatskin? Dresden or Berlin? Chain or pedal? Plastic heads or brass? Wood shell or copper?!

Perhaps most surprising of all is the makeup of a section and how well it can function together. Dysfunction would likely be assumed by most of their orchestral colleagues, of course, owing to the fact that the term ‘peanut gallery’ has often been applied to the usually colorful bunch of characters standing (or sitting around) at the back of the orchestra. When one thinks about it, the percussion section is unique: unlike other sections, they rarely, if ever, play together.

It is not so in other sections. Section wind players learn to shade the principal–and other instruments within the section as a whole– in matters of tone and phrasing. The horns and brass, almost as a rule, develop a single, unified sound and color, with a particular blend being ideal. And the strings! Ah, learning to bow and even play vibrato with as much uniformity as possible–it is their chief concern most of the time, leading to incredible camaraderie (or, on occasion, rivalry.)

Composers rarely write for percussion with any consistency. There is often timpani, of course; that is a given, going back to the early Baroque. But the timpanist plays alone, with few exceptions. There does exist something of a basic unit, early on: the ‘Turkish’ section of triangle, cymbal and bass drum, though it may be argued that in many cases (such as Mozart’s Abduction from the Seraligo and Beethoven’s Ruins of Athens and 9th Symphony) the intention of the composer was to achieve an effect and not to require any particular sense of finesse (though, of course, musicality and finesse are essential when performing these works in the concert hall!) Beyond this, however, there is little in the repertoire to suggest any sort of attempt at consistency. Not only does this tend to vary from one work to another, but there is often a great range and variety within a single work. Percussion may be called for in one movement but not the next; in extreme (but hardly unusual) cases, an instrument may be called upon to play in just a few measures–even just a few notes–in the entire piece.

So it is incredible that the section, all playing sporadically and almost always playing different material (rhythmic, harmonic, timbrel) can achieve cohesion rather than chaos. And yet it happens: a camaraderie and personality develops within the section, jobs are assigned (the establishment of a principal cymbalist, auxiliary, bass drum, etc) and a sound and style emerge. From chaos emerges consistency: yet another miracle of music and the great institution of the orchestra. 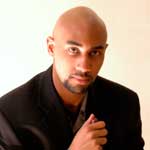 As a tenor-baritone, he has been active singing professionally as a chorister and soloist, having performed with the the Rhode Island Civic Chorale, Bryant Singers, and the Peabody-Hopkins Chorus. In addition, he was the timpanist of the Londowntowne Symphony Orchestra.

Jones’ interest in composition began with his piano studies as a child, and he began to work as a serious composer at the age of 15. His current catalog includes works for chamber ensembles, string and full orchestra, and voice with orchestra. His principal teachers include Nicholas Maw and Samuel Adler. He has also participated in lessons and masterclasses with Roger Cichy, Anthony Brandt, Dominic Muldowney, William Bolcom, George Crumb, David Crumb, Dalit Warshaw, Tristan Murail, and Robert Xavier Rodriguez. His works have been performed at Peabody, the Bowdoin Summer Music Festival, and at the Kennedy Center in Washington, DC.

He developed his interest in conducting at an early age; after beginning to cultivate it with independent score study at the age of 14, he began a course of study with Dr. Harlan Parker at the Peabody Conservatory. Following his sophomore year at Peabody, he studied orchestral conducting at the South Carolina Conductors Institute, and opera conducting at the South Carolina Conductors Institute Opera Workshop at Spoleto, USA. In November 2004, he made his operatic debut with Capitol Opera, Harrisburg, as conductor and music director in four performances of Mascagni’s L’amico Fritz. In the summer of 2005, Mr. Jones was awarded a fellowship to study at the American Academy of Conducting at the Aspen Music Festival—at the time, the youngest conductor ever to receive a fellowship to that program. He studied with David Zinman and Murray Sidlin, conducting the American Academy of Conducting Orchestra in masterclass readings and concerts.

Jones is the founder, artistic director and conductor of the Empire State Sinfonia, a professional orchestra based in New York City. Other recent activities include a conducting apprenticeship with the New York Youth symphony; a fellowship with the Allentown (Pa.) Symphony orchestra (2010-2011); and serving as assistant conductor with the National Music Festival (2011). Maestro Jones has also appeared with the Moscow Symphony, the Kuban Symphony (Krasnodar, Russia), and the Orquestra Sinfonica de Coyo (Mendoza, Argentina.) He has participated in masterclasses with the Omaha Symphony and Rose City Chamber Orchestra under conductors David Zinman, Vladimir Ponkin, Michael Morgan, Murray Sidlin, Daniel Lewis, Thomas Wilkins, Mark Gibson and Victoria Bond.