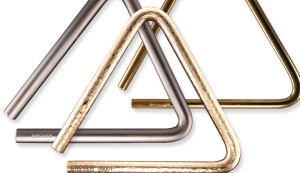 Chris DeChiara, a native of Burlington, Mass., joined the Navy Band in 2001. He earned a Bachelor of Music from the University of Massachusetts, Lowell in 1997 and a Master of Music with academic honors from New England Conservatory, both in percussion performance. While at Lowell, he was section leader of the drumline and a guest conductor/director with the university’s percussion ensemble. In 1994, he marched with the Boston Crusaders Drum and Bugle Corps. He has written for Modern Drummer magazine, and has performed with the Boston Ballet, Boston Lyric Opera, Kennedy Center Ballet, Rhode Island Philharmonic, Lake George Opera, Alexandria Symphony, Arlington Symphony, McLean Symphony, and the United World Philharmonic in Bonn, Germany. He has also appeared with the Rome Festival Orchestra, and performed at the Aspen, Schleswig-Holstein, and Spoleto Music Festivals with conductors James Conlon, Christoph Eschenbach, Mstilav Rostropovich, Sergiu Commissiona, Julius Rudell, Stanislav Skrowaczewski, and Keith Lockhart. He has been featured on WGBH radio, Boston, ZDF and ARTE French and German Television, and appears on the premiere recordings of Shirish Korde’s Drowned Woman of the Sky and Kurt Weill’s opera, Die Burgshaft on EMI Records. His teachers include Jeff Fischer, Fred Buda, and Will Hudgins of the Boston Symphony Orchestra.