Plan For Success by Jim Dallas

Knowing that many of you may hope to enter the arena as a freelance player sometime in the near future, I have a few suggestions which I hope will improve your chances for success. Although the highest playing levels are necessary to be in a professional ensemble, there may be other reasons for selecting a specific individual for a performance opportunity. In other words, there can be other factors in selecting who gets the gig other than being the most talented player.

Unfortunately, schools and often our own teachers do not talk to us, as students, about professional etiquette when performing. If you really want to keep your calendar full and your musical career in the right direction, making a positive impression on the contractor, conductor, and principal of the section is extremely important. BE ON TIME! As a matter of fact, the old adage “to be early is to be on time, to be on time is to be late” is a great saying to live by. Being early to a rehearsal allows you to set up your equipment, routine your parts, and make cordial greetings with your colleagues before the rehearsal begins. Obviously, as a percussionist, you will need to bring your own sticks and mallets to the rehearsal and any other equipment you have been asked to supply.

Dress for success. Casual clothing may be extremely comfortable, but is not necessarily appropriate for a place of business. Be aware of your hygiene. Arrive groomed without colognes or perfumes. These things may not be offensive to you, but may be to your colleagues.

Finally, being courteous, considerate, and respectful are all attributes that are admired by those who are evaluating your performance. Do not tell another percussionist how to play his or her part and do not throw your ego around the stage by name dropping, comparing this gig to other gigs, and so on. In an orchestra, it is the principal percussionist’s responsibility to make musical and technical suggestions if necessary.

In my orchestra, the percussion section is a team. We physically stand, play, and sit as a section to present an orderly look to the audience. When seated, we do not make gestures such as dramatic yawns, shuffles, glances, or any unnecessary movements on stage. Next to the conductor and the movement of string bows, we are the most visual element of an orchestral performance. Our stage appearance is an important part of the total orchestral presentation.

Being early for a rehearsal or performance, having the proper equipment with appropriate attire and hygiene, a good, no ego approach, and a classy stage presence can take you a long way in establishing a reputation that will insure you constant call backs and maybe eventually a permanent position. These things coupled with being a great player will almost always guarantee success. 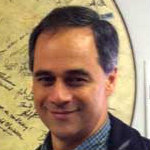 James J. Dallas, has enjoyed an eclectic career, performing in a variety of musical genres. Prior to joining the Naples (FL) Philharmonic he performed with the Philadelphia Orchestra, the Delaware Symphony, numerous Broadway show tours, commercial pop artists, nightclubs, ballet and opera productions. He has soloed with the orchestra under the batons of Timothy Russell, Erich Kunzel, Doc Severinsen, Matthew Savery and Michael Krajewski.

Dallas served on the Percussive Arts Society Orchestral planning committee for six years and was a featured clinician for PAS in Orlando, Columbus and Nashville. He received his B.M. degree in percussion from the University of Miami and his M.M. degree from the University of the Arts in Philadelphia, where he was a student of Michael Bookspan. He has been a member of the Naples Philharmonic since 1983.