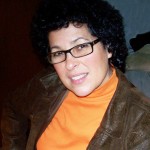 Sue established herself in the field of contemporary rock and pop music when she teamed up with Joe Jackson on the classic platinum-selling CD “Night & Day” and accompanying world tour. As a direct result of her work on “Night & Day”, she garnered laudatory press around the globe and Modern Drummer Magazine 1982 Readers Poll voted Sue one of their favorite top 5 percussionists.

Sue was also a featured player on the Grammy award winning CD, “Symphony No. 1” by Joe Jackson. Sue continues her collaboration with Joe Jackson and legendary engineer/producer Elliot Scheiner on “The Duke”, a Duke Ellington tribute CD and has just returned from a world tour with Joe Jackson and the Bigger Band featuring Regina Carter (Nov 2012).

Sue’s percussion can be heard on numerous TV commercials and movie soundtracks. She has appeared in many music videos and has performed on major network TV shows all over the world including: Late Night With Jimmy Fallon, The Dave Letterman Show, The Tonight Show with Jay Leno and Johnny Carson , Late Night With Conan O’Brien, Saturday Night Live, and The American Music Awards.

Sue’s composing credits include co-writing, arranging, producing and performing the song “Breaking Up” for the movie, BAR GIRLS, an Orion Pictures release. Other collaborations include her song, “Regresando A La Diosa”, which appears on the compilation CD, IN CONCERT…2010 produced by Local 802/AFM in support of the Musician’s Emergency Relief Fund. Theatrical collaborations include co-writing the music/libretto and creating the sound design for THE ROSE SLIPPERS, a Latin-tinged musical (inspired by the Jose Marti poem “Los Zapaticos de Rosa”) and produced in NYC which garnered a rave review from the NYTimes and won third prize in the 2004 Jackie White National Memorial Children’s theater competition.

Sue is currently working on a variety of theater, film, songwriting projects and original bands.