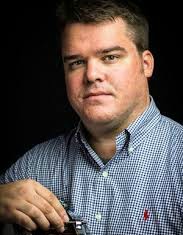 We’re pleased to announce the addition of Dr. Ben Tomlinson to our endorsing artist roster.

Ben is the Adjunct Professor of Percussion at Stephen F. Austin State University in Nacogdoches, TX where he teaches Applied Percussion, Steel Band, Percussion Techniques, Music Appreciation, as well as oversees all aspects of percussion for the 350-person Lumberjack Marching Band. In addition to his duties at SFA, he also serves as Adjunct Professor of Percussion at Angelina College in Lufkin, TX, where he teaches Applied Percussion.  Previously, he held teaching assistantships at the Florida State University and the University of South Carolina.

About his affiliation Ben writes, “Whether I am performing on stage in an orchestra, or teaching a lesson to a private student, Grover Pro Percussion has always been my ‘go-to’ choice of accessory instrument. I can’t recommend these products enough to any aspiring professional percussionist”.

As a performer, Ben is dedicated to the creation and continuation of new and canonic works within the percussive repertoire and has premiered new works by Adam Silverman, John Luther Adams, John Fitz Rogers, Ellen Taafe Zwilich, and Brian Nozny. Professionally, he frequently performs with the Longview Symphony in Longview, TX, and has previously appeared with ensembles across the Southeastern United States, including the Tallahassee Symphony Orchestra, the Tallahassee Ballet, Sinfonia Gulf Coast, the Northwest Florida Symphony Orchestra, and the South Carolina Philharmonic. Dr. Tomlinson has performed nationally and internationally in some of the most visible venues in music including Carnegie Hall, and the China National Center for the Performing Arts in Beijing, China as part of a ten-day tour with the University of South Carolina Wind Ensemble. Additionally, he performed at the 2012 Percussive Arts Society International Convention with the University of South Carolina Percussion Ensemble.  Dr. Tomlinson’s recent recording credits include performances on The Florida State University Percussion Ensemble’s Volume 3: Ten Windows (2015, Garnet House Productions), Adam Silverman: Percussion Music (2014, New Focus Recordings), Carbon Paper and Nitrogen Ink: Works for Solo Marimba and Percussion Ensemble (2014, Resonator Records), and Leonard Bernstein: Transcriptions for Wind Band (2012, Naxos).

As an educator, Ben is an active clinician in universities and public schools across the Southeastern United States and Texas where he adjudicates festivals, presents masterclasses, and teaches private lessons. His recent student successes include admittance to study music at top music programs including the Florida State University, the University of North Florida, and the University of South Carolina.  His students have also found success placing in various All-Region and All-State Festivals as well as attending summer festivals such as the Leigh Howard Stevens Marimba Seminar, the Eastern Music Festival, and the Chosen Vale International Percussion Seminar.  Active in the marching arts, Dr. Tomlinson performed with the Boston Crusaders Drum and Bugle Corps (2009-2010), and he regularly arranges music for marching percussion ensembles across the United States. He serves as the primary percussion arranger for the Stephen F. Austin State University Lumberjack Marching Band where his arrangements were heard at the 2018 St. Patrick’s Day Parade in Dublin, Ireland.