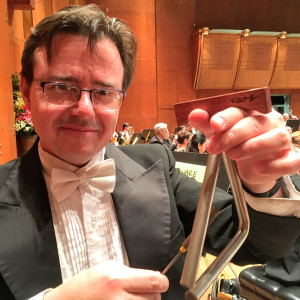 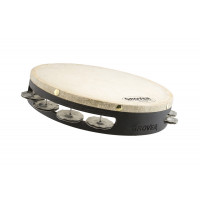 American Drumset and Percussion artist Sean J. Kennedy is the drummer for The Doc Severinsen Tribute Band, featuring Jay Webb and has been principal percussionist with the Philadelphia Boys Choir & Chorale since 2004. He is a multi-faceted musician who is equally accomplished on the stage, in the recording studio, and in the classroom. He has performed on drumset and percussion with The Philly POPS! Orchestra, The Atlanta Symphony Orchestra, The Jacksonville Symphony, The Allentown Band, The Allentown Symphony Orchestra, The Lancaster Symphony Orchestra. Tours have included performances with Italian operatic pop trio Il Volo, Roger Daltrey and members of The Who, The Strauss Symphony of America, Evanescence, Lindsey Stirling, Rocktopia Live, Video Games Live Orchestra with Tommy Tallarico, and Jerry Garcia Symphonic Celebrations with Warren Haynes. In 2018 Kennedy was invited to present a TEDx Talk about the history of the drumset, titled: Happy Accidents: Drumming Up Serendipity.

With the onset of the national shutdown in spring of 2020 Kennedy organized a highly successful all-star virtual ensemble, The Rolling Buzzards Brigade, featuring his new arrangements of classic rudimental drum solos like The Downfall of Paris, The Three Camps and The Connecticut Halftime. The group has been featured in International Musician Magazine, Drummer Nation, WLRH – Huntsville Public Radio, Irish Philly, Making Music Magazine, and The Classical Network’s award-winning program Cadenza. The ensemble includes some of the best percussion and brass players on the planet, including the founder of Grover Pro Percussion, Mr. Neil Grover!

Kennedy has made several appearances on NBC television and ABC’s Good Morning America live from Times Square in New York City, and has appeared on Broadway at the Beacon Theatre. He has also played on some of the nation’s most prestigious stages, including Carnegie Hall, Radio City Music Hall, The John F. Kennedy Center for the Performing Arts, Avery Fischer/David Geffen Hall at Lincoln Center for the Performing Arts, Central Park Summer Stage, Atlanta Symphony Hall, and Ralph Brennan’s Jazz Kitchen at Disneyland, just to name a few.

Kennedy is also the author of numerous drumset, percussion and improv books including: Help! I’m not a drummer! […but I have some in my ensemble.], I Used to Play Drums, Improvising and Soloing In The Pocket, Sixty Second Solos, and Camp Jam: Rock Solid Drums, which was nominated as Educational Drum Book of the Year in the 2011 Modern Drummer Magazine reader’s poll. As a prominent composer his works have premiered at Carnegie Hall, the Corning Museum of Glass, Verizon Hall at The Kimmel Center, and Iglesia San Pedro de Montes de Oca, in Costa Rica. Two of his most popular jazz compositions were recently selected to be included in the new Philadelphia Real Book, Vol II.

In demand as a clinician, he has led master classes and workshops in high schools, colleges, jazz camps and at conventions throughout Pennsylvania, New York, New Jersey, Maryland, Delaware, Connecticut, and California. His original percussion compositions, lauded by the likes of Dame Evelyn Glennie, are used in regional, state and national scholastic competitions throughout the United States.

Having received multiple honors and distinctions throughout his career, Kennedy was honored as a distinguished alumni of The West Chester University School of Music on the college’s online Spotlight Series in 2016. Kennedy earned a master’s degree in Percussion Performance and a bachelor’s degree in Music Education from West Chester University, and is an Artist Endorser for Zildjian Cymbals, Vic Firth Drumsticks, Ludwig-Musser Percussion, Casio Keyboards, One Beat Better, Grover Pro Percussion, The Drum Wallet and Evans Drumheads. He is also a member of the American Federation of Musicians, is a registered composer, songwriter, and publisher with Broadcast Music, Inc. (BMI), and is a voting member of the Recording Academy (NARAS). 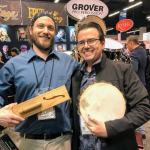 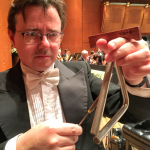 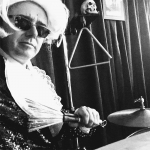 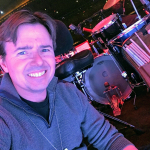