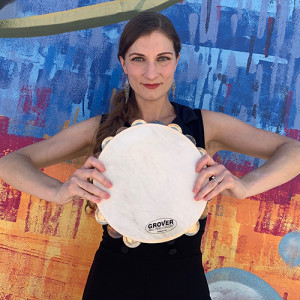 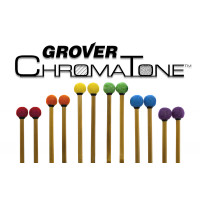 Praised by the South Florida Classical Review for her “dazzling” and “incisive” performance, Dr. Karlyn Viña is a dynamic and creative percussionist based in Virginia. Dr. Viña is the newly appointed Assistant Professor of Percussion at Shenandoah Conservatory in Winchester, VA, and previously taught at Florida International University and New World School of the Arts in Miami, FL. During the summers, Karlyn serves as a percussion faculty member at Interlochen Arts Camp in Interlochen, MI.

Karlyn maintains a busy schedule as an orchestral, chamber, and solo percussionist, and has a particular interest in works that incorporate theatrical elements. Performance highlights include several seasons with Palm Beach Symphony and Florida Grand Opera, as well as performances with Madera Viva, a bassoon and percussion duo with Dr. Carlos Felipe Viña.

In addition to her teaching and performing, Karlyn can be heard as a co-host on the @Percussion Podcast and is proud to serve on the Percussive Arts Society’s Education Committee. Karlyn earned her Doctorate of Musical Arts in Percussion Performance from the University of Miami as a fellow of the Henry Mancini Institute. Her dissertation focuses on the performance of works for theatrical percussion by Globokar, Kagel, and Smith. She also holds degrees in Percussion Performance and Music Education from The Boston Conservatory and the University of Maryland. Karlyn is proud to be a Grover Pro Percussion Artist Endorser and Marimba One Educational Artist. 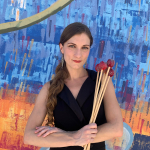 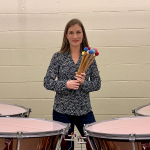 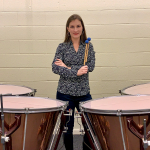 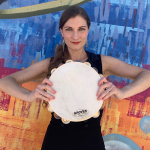 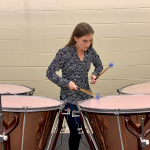