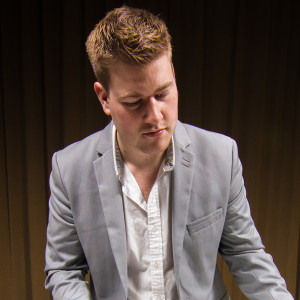 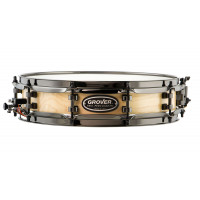 G2 KeeGee™ Snare Drum
About Joe Porter
Joe Porter is a multi-award winning Canadian Percussionist, teacher and composer. Based in Southern Alberta, Canada, Joe is a passionate educator, performer, and composer. He teaches at the University of Lethbridge and directs many university and community ensembles. Joe is a Ludwig-Musser, Salyers Percussion, Dream Cymbals & Gongs and Grover Pro Percussion artist.

Joe has many diverse interests but has been recognized for performing and teaching marimba with six mallets. He is the author of two marimba books:

As an active composer, Joe is the recipient of the Global Music Awards, Gold Medal Prize for Creativity and Originality. His latest album, “Pieces of My Imagination” won the Academia Music Awards Best Instrumental Album, 2020. He has written a wide variety of ensemble, chamber, and solo works that have been performed around the world. His vibraphone concerto has recently been performed by the Brașov Philharmonic, Ploiesti Philharmonic and Pitesti Philharmonic Orchestras in Romania.

Joe has been fortunate to play for audiences around the world. In 2014, Joe was featured in the PASIC International Showcase Concert. In 2016, he was chosen from the world’s top percussionists to be in the World Percussion Group where he toured across the US giving clinics, masterclasses, and concerts (including a showcase concert at PASIC 2016). As a winner of the Coeur d’Alene Symphony National Young Artist Competition, Joe made his international debut as a concerto soloist appearing twice with the Coeur d’Alene Symphony in 2012. Since then he has performed as a soloist with ensembles around the world.

Studying and teaching drumming from around the world has been a passion of Joe’s. A special project has been studying and transcribing traditional Polynesian drumming. He has traveled to Hawaii over ten times to learn from Polynesian master drummers.

Locally, Joe is dedicated to growing the percussion community in Southern Alberta. He has founded many youth and community ensembles and has raised a significant amount of money for programs to expand their percussion instruments. Joe has a private teaching studio at the Casa Art Centre in Lethbridge and is an officer for the Percussive Arts Society Alberta Chapter which received the PAS Outstanding Chapter Award in 2015. 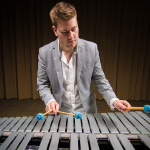 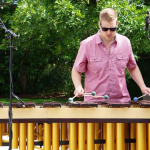 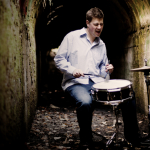