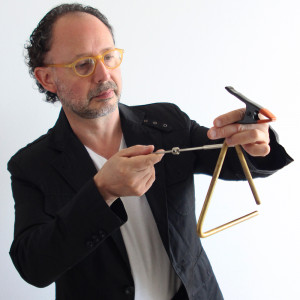 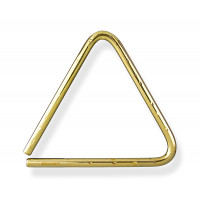 Gerardo Salazar was born in Santiago, Chile. He is the Principal Timpanist and Principal Percussion at the National Symphony Orchestra of Chile OSNCH, Percussion Associate Professor, Orchestral Repertoire and Orchestral Practice at Chile Catholic University and National Percussion Instructor at Foundation of Youth and Children’s Orchestras of Chile.

Gerardo has a Bachelor of Music from the University of Chile and a Master of Fine Arts from the Catholic University of Chile, both degrees obtained with Maximum Distinction. He completed the Performance Residency Program in percussion at Carnegie Mellon University in Pittsburgh U.S.A. with Professor Timothy Adams Jr., where he obtained his diploma certificate. He has been perfected with distinguished percussionists worldwide.

His career as a musician has been developed in the United States, Spain, Germany, Italy, Austria, France, Perú, Bolivia, Argentina, Brazil, México, Colombia, and Chile. Gerardo has performed in the most important orchestras in his country. Internationally he has performed with McKeesport Symphony Orchestra, Mendelssohn Choir Orchestra, Pittsburgh Chamber Orchestra, The West Moreland Symphony Orchestra, The River City Brass Band. As a percussion soloist, Salazar has been active performing concerts with National Symphony Orchestra of Chile, Medellín Philharmonic Orchestra, Copiapo Municipal Symphony Orchestra, The Carnegie Mellon Philharmonic, Maule Classical Orchestra, National Symphony Orchestra of Colombia, Rosario Symphony Orchestra and Santa Fe Symphony Orchestra, both from Argentina. As a member of chamber music groups and mixed ensembles, he has toured Europe and Latin America. Every year he participates in International Festivals, at Contemporary music Festivals, as well as in the Composers and Percussion, where he has made a large number of absolute premieres. Works have also been dedicated to him. Likewise, he has been the percussionist of his country who has premiered the largest number of concerts with an orchestra. He received the Victor Tevah Award for Best National Soloist of the OSNCH Season. Salazar´s first solo CD recording: “Sigel – Eight works for percussion” was released and distributed by the SVR label. The subsequent CDs have been collaborations in contemporary music: “In Shine” (2013); “Semántico” (2016) -a duo percussion production made in Mexico-; “Up and Down” (2019) distributed worldwide by the Austrian label KAIROS. He has participated in competitions as a jury in several South American countries, as well as in research and creation projects.

He is the Artistic Director of the International Percussion Festival that takes place every year in Chile. He is a member of the National Council for Culture and the Arts of Chile as a performance of classical music. He also serves as Deputy Director of Extension of the Institute of Music that belongs to the Faculty of Arts at Chile Catholic University. 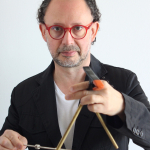 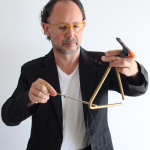 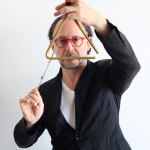 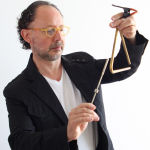 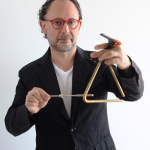 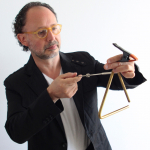