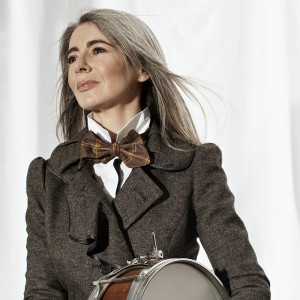 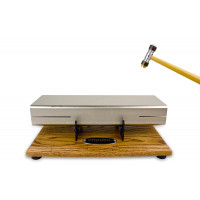 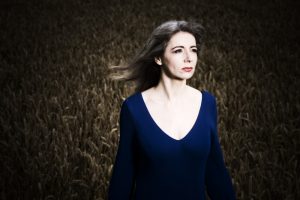 Dame Evelyn Glennie is the first person in history to successfully create and sustain a full-time career as a solo percussionist, performing worldwide with the greatest orchestras, conductors and artists. Growing up on a farm in the north east of Scotland, Evelyn became drawn to percussion as her hearing declined because she could ‘feel the sound’. At the age of 16 she gained a place at The Royal Academy of Music in London where she studied orchestral percussion and piano. She quickly realised that there was a life for percussion outside the orchestra and became determined to define a new genre of solo percussion. Evelyn paved the way for orchestras globally to feature percussion concerti when she played the first percussion concerto in the history of the Proms at the Royal Albert Hall in 1992.

A leading commissioner of new works, Evelyn has vastly expanded the solo percussion repertoire with more than 200 pieces to her name from many of the world’s most eminent composers. “It’s important that I continue to commission and collaborate with a diverse range of composers whilst recognising the young talent coming through”. Evelyn composes music for film, television, theatre and music library companies and is a double GRAMMY award winner and BAFTA nominee. She regularly provides masterclasses and consultations to inspire the next generation of musicians. ‘Listening is the backbone to every aspect of our lives. The challenges we face in business and at home can usually be overcome with better listening skills.’ The film ‘Touch the Sound’ and her enlightening TED speech remain key testimonies to her innovative approach to sound-creation.

Throughout her career, Evelyn has had the privilege of working with diverse artists from the worlds of pop, jazz, folk, classical and contemporary music. Evelyn’s solo recordings, which now exceed 40 CDs, are as diverse as her career on-stage. These range from original improvisations, collaborations, percussion concerti and ground-breaking modern solo percussion projects.

Leading 1000 drummers, Evelyn had the honour of collaborating with director, Danny Boyle, in her prominent role in the Opening Ceremony of the London 2012 Olympic Games.

“Playing at an event like that was proof that music really affects all of us, connecting us in ways that the spoken word cannot”. In 2018, Evelyn built upon this inter-disciplinary experience by composing the score for Gregory Doran of The Royal Shakespeare Company’s visionary new production of Troilus and Cressida. The Evelyn Glennie Podcast was launched in 2020 featuring popular personalities from the worlds of music, television and academia. The episodes centred around what listening means to different people and its importance in everyday life. Subsequent series are being planned with a wider range of guests.

Evelyn was awarded an OBE in 1993 and has over 100 international awards to date, including the Polar Music Prize and the Companion of Honour. She was recently appointed the first female President of Help Musicians, only the third person to hold the title since Sir Edward Elgar and Sir Peter Maxwell Davies. Evelyn is the patron of several charities and regularly participates in events to raise money and awareness for organisations such as Great Ormond Street Hospital, Rett UK and Create.

Evelyn is currently curating The Evelyn Glennie Collection. As a keen collector of percussion instruments, Evelyn has gathered a private collection of global instruments, consisting of over 2,000 items. “I realized as soon as my parents bought me my second pair of sticks that I was going to be a collector of something!”  The collection also encompasses concert programmes, awards, photos, paintings, letters and scores spanning her remarkable career. Her vision is to open a centre that embodies her mission to Teach the World to Listen. She aims to ‘improve communication and social cohesion by encouraging everyone to discover new ways of listening as proven in her book ‘Listen World!’. We want to inspire, to create, to engage and to empower’.

Evelyn lives in the beautiful countryside of Cambridgeshire in the East of England. 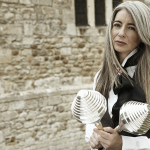 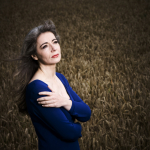 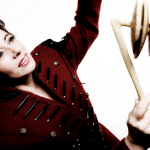 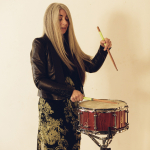 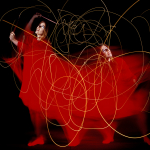 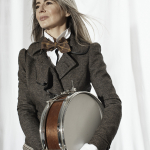 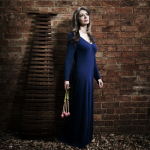 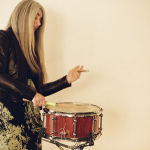