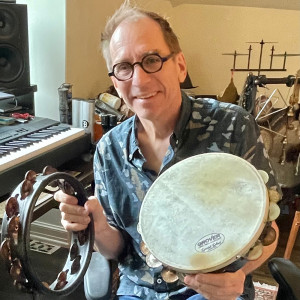 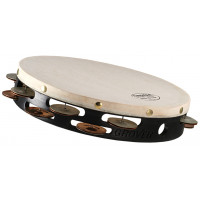 For over 30 years Eric Darken has worked as a studio and touring percussionist for some of the biggest bands and artists in the world. His artistry, innovation and creative approach to rhythm and sounds is something artists and producers from around the world have called upon him to share.

The award-winning percussionist has traveled around the world and throughout the United States performing with artists such as Vince Gill, Amy Grant, Faith Hill, Take 6 and Bob Seger. He currently tours with Jimmy Buffett and The Coral Reefer Band and frequently performs live with Mac McAnally. He has also recorded for Niall Horan, Blue’s Traveler, Megadeth, Kenny Chesney, Maren Morris, Bon Jovi, Luke Bryan and others.

An accomplished composer and producer, Eric has written original underscores for TV and film. These shows include Dateline NBC, 20/20, Fox Sports, the Discovery Channel, The NFL Network, National Geographic and the film, The Fantastic Four – Rise of the Silver Surfer. Other projects include A Drummer Boy’s Christmas and Sunday Drive.

Inspired by his grandfather who was a musician and band leader, Eric has long felt at home in the world of drums and percussion. Grounded in the fundamentals of both classical and non-classical percussion, Eric’s versatility helps artists hone their sound and distinctly clarify their vision. He is known for creating unique tones and parts as well as one of a kind drum and percussion loops for projects. Never satisfied with the status quo, Eric’s passion for the arts is always evolving and going “outside the box” creatively is one of his favorite things to do. Motivated by a love of learning, he is always willing to embrace new projects and musical adventures.