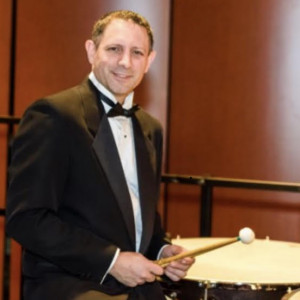 Other orchestral endeavors have taken him to Spain, France, Israel, and Jordan where he performed for many radio and television shows as well as gave a command performance for the Queen of Jordan. Chris has also performed with the Plainfield Symphony, South Orange Symphony, and the Haddonfield Symphony.

As a steelpan, vibist, marimbist, and Latin percussion performer, Chris has led his own jazz quartet, CCQ, since 1997. This ensemble has given featured performances at the New Jersey Performing Art Center, various jazz clubs, private corporate and political functions, and jazz festivals throughout New York and New Jersey. Chris also works several times a week as a steelpan artist for Bahama Breeze.

Chris’s recordings span the genres of jazz, classical, meditation, hip-hop, and rock. In an endeavor to promote total percussion in public school systems, Chris has written articles for the New Jersey music educators’ magazine, Tempo, and his recent book, Incorporating Total Percussion into the Middle School Band Program, has been published through VDM Publishing House. His recent book, Modern Etudes and Studies for the Total Percussionist! is published through Oxford University Press.

Chris has given percussion clinics at many public schools and Days of Percussion throughout New Jersey, and he has presented at the New Jersey Music Educators’ state convention and for several Leigh Stevens summer camps (improvisation lectures). He has also given workshops at Rowan University, University of the Arts and Mason Gross School of the Arts on aspects of developing a total percussion philosophy.

Chris also arranges and composes for percussion ensembles and steel pan ensembles. His solo marimba arrangement of “Take 5” has been published through MalletWorks. With all his experience as a music educator and performer, it was a natural progression for Chris to develop PanTropic!, This is a student-based intergenerational steel pan and marimba ensemble that gives public performances at local minor league ballparks, country fairs, and malls. During the holidays, Chris runs a percussion group made up of more than 50 percussionists from all over New Jersey, called Holiday Percussion. This all falls under the umbrella of Event Percussion LLC, of which Chris is the founder and CEO. 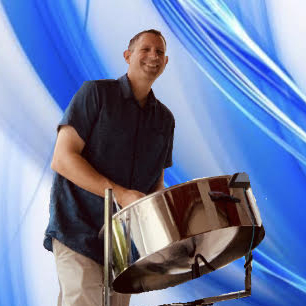 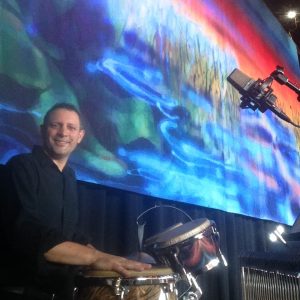