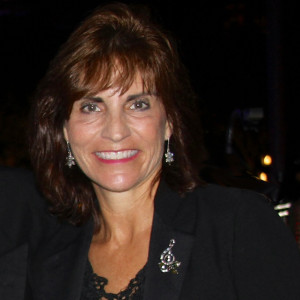 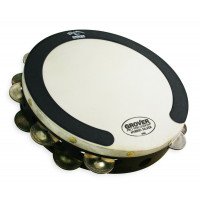 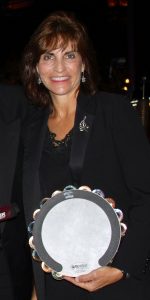 Having a long performance history with the Disney Company (Future Corps, Future World Brass, World Dancers Show Band, movie and theme park soundtracks, conventions and more), Beth met Gary Sinise while performing with the EPCOT Candlelight Orchestra and has been a member of the Lt. Dan Band since 2004.

Beth plays all styles of percussion, including hand percussion, classical percussion, show percussion, jazz/rock, and rudimental snare drum. She was a member of Tom Float’s award-winning Spirit of Atlanta Drum and Bugle Corps. Beth and husband Danny, “The Gottlieb Duo,” perform many concerts and clinics around the world including Germany, Latvia, England, Italy, The Netherlands, Spain, France, Austria, Switzerland, Czech Republic, Belgium and Denmark. They also love performing for children with their educational program, “The Rhythms of Music and Life”.

Active in music education, Beth has held many offices in the Percussive Arts Society, MENC, MTNA, and the Florida Bandmasters organizations, and hosted the PASIC 98 convention in Orlando. Beth has also authored a highly acclaimed book, “Masterworks for Mallets” (Row-Loff Productions). She holds a Master of Music degree from the Eastman School of Music where she studied with John Beck, and a Bachelor of Music degree from the University of Alabama, where she studied with Larry Mathis. She is a clinician/endorser for Ludwig/Musser, Zildjian cymbals, Innovative Percussion, Grover Pro Percussion and the Remo Corporation. Beth is an avid runner, having been featured in Runner’s World, Glamour, and Woman’s Day magazines. She is married to drummer Danny Gottlieb who is also a member of the Lt Dan Band.

Beth is extremely passionate about playing in the Lt. Dan Band. Her family has a very strong deep-rooted background in the military. Her grandfather was a Colonel under General MacArthur in WWII and father was in the CIC during the Korean War. She states: “Playing for the troops is one of the most moving experiences a musician can have, and I am so proud to perform for all those in need. Gary is the most passionate, giving, caring, talented man I know, and it is an honor to perform and work with him”.